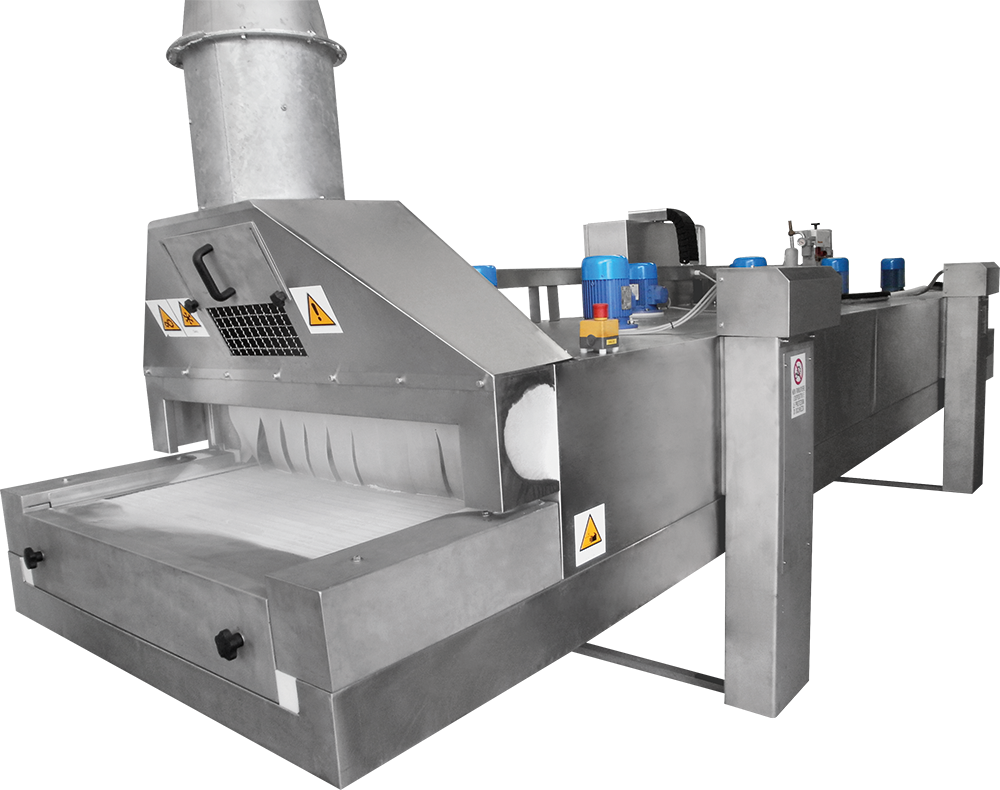 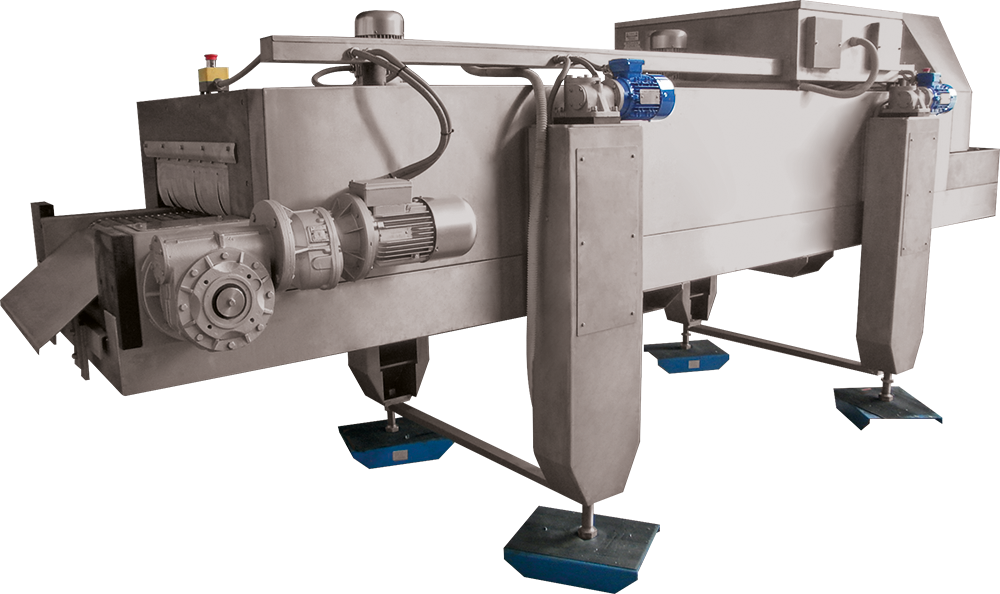 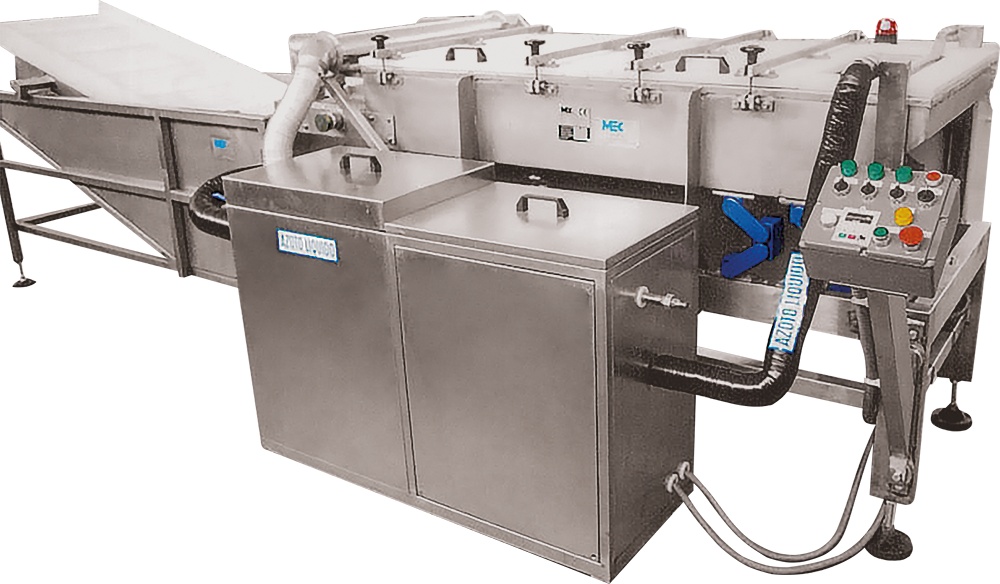 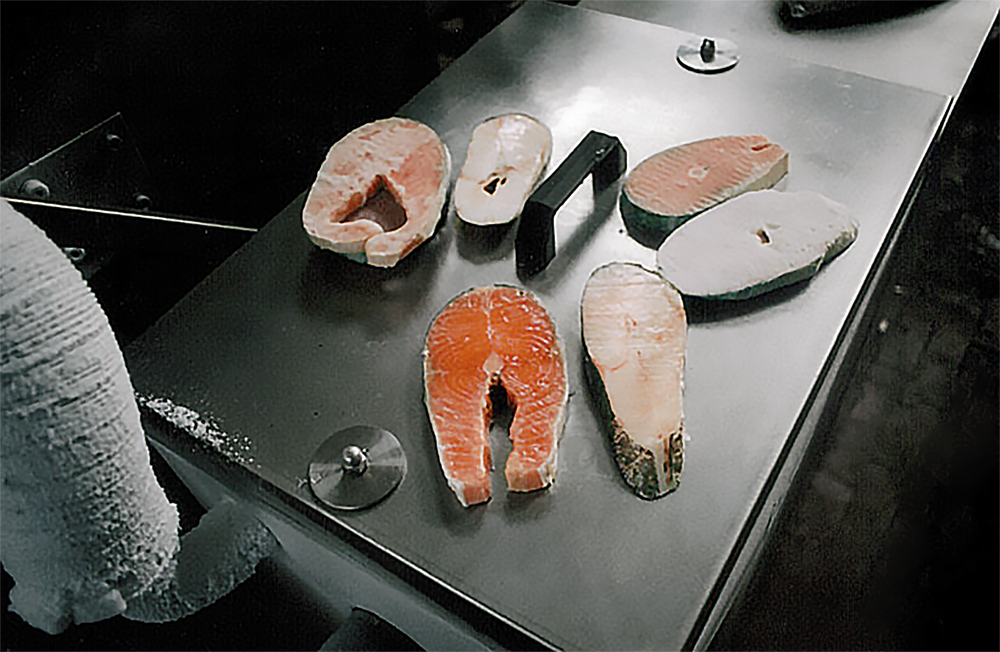 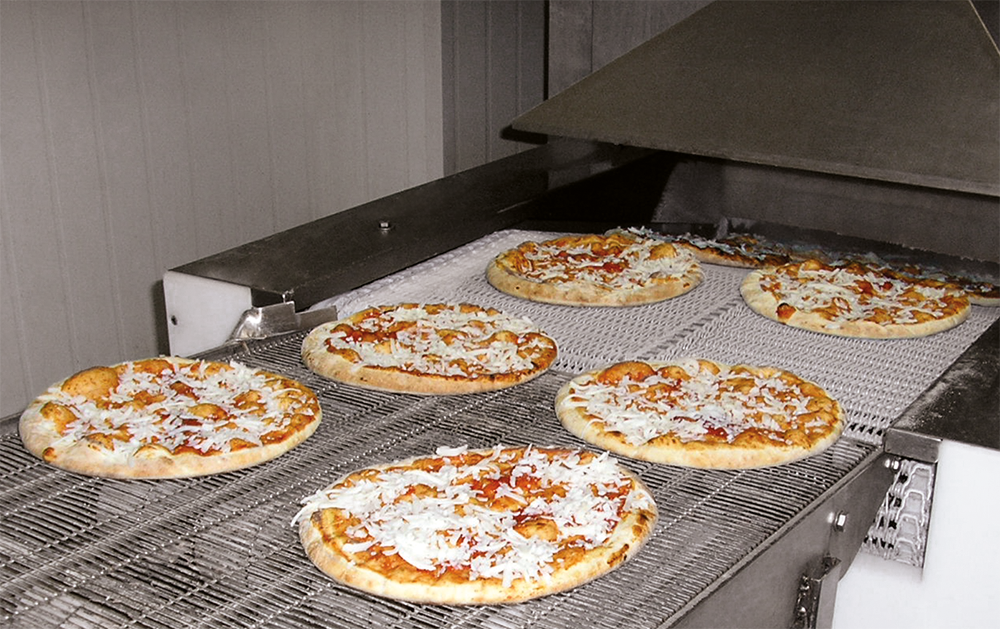 The CABINET is a static machine, practically a large refrigerator that works with liquid nitrogen or carbon dioxide to exceed the frigories. Inside you can insert a trolley, shelves on which food is placed,to cool that and bring it to a pre-determined temperature (system also called “static badge freezing system”). There are different types of Cryoboxes / Cabinets: with single trolley, with double trolley,with two skies, with two or four doors, etc. etc.

FREEZING TUNNEL is a “dynamic freezing system” made up of a moving conveyor beltat a certain speed and at the base of which arepositioned the foods (pizzas, hamburgers, fried peppers, etc etc.). Foodsthat passing through the tunnel, inside which, thanks to nitrogen, or carbon dioxide,a subcooled atmospherewich exceeds frigoriesis generated, are subjected to cooling and, when they leave from the tunnel,they are perfectly frozen.

By freezing we mean that the heart of the product, its innermost point,it must reach a temperature of at least -18 °, otherwise it is not frozen.Then, based on the time the food remains in the freezing tunnel and the speed of the conveyor belt, the correct temperatures are set. Both cabinets and tunnels can reach temperatures as low as -100 °C

MEC also realizes the “spiral tunnels” particular tunnels with vertical conveyor belt, similar to a spiral, that have a greater capacity as well as allowing the food to have a longer time spent inside them; these freezing machines are made to meet specific requests related to the needs of large production of frozen products.